From Rwanda with Love…

If you have watched A Film About Coffee, a love letter to specialty coffee, you might be impressed by the part filmed in Rwanda. It’s a behind-scene story about the process coffee goes through before it reaches your cup, which shows how the farmers work in the district of Huye, Southern Rwanda, and the supply chain from farm to table. As we all know, Rwandan coffees are amongst the most versatile in the world with fantastic sweetness, body, and flavors reminding you of plums, cherries, oranges. Such a flavorful taste appears a perfect one for espresso or for filter thanks to its physical geography. The quality of Rwandan coffee should be attributed to the ideal coffee growing conditions. Rwanda is known as “the land of a thousand hills”, it is a small country located in East Africa and is made up of misty rolling hills and terraced mountain sides brimming with tea and coffee. High altitude, regular rainfall, and volcanic soils with good organic structure provide incredible growing conditions for high quality coffee, and particularly Bourbon, one of coffee’s most complex varieties.

Nowadays, the vast majority of Rwanda’s coffee is grown by smallholders (around half a million in total) with small parcels of land often around a quarter to half a hectare in size. Coffee is grown in most parts of the country, with particularly large concentrations along Lake Kivu and in the southern province. Rwandan smallholders organize themselves into cooperatives and share the services of centralized wet-mills – or washing stations as they are known locally.

THE EVOLUTION OF COFFEE PRODUCTION

Coffee has long been heralded as an opportunity for development since Rwanda was granted independence from Belgium in 1962. The government set up the OCIR (Office Des Cultures Industrielles Du Rwanda) to encourage farmers to plant coffee. Green bean production peaked in 1986 with the highest levels seen between the 1960~1980s. Sadly, this was not to be maintained due to the horrendous genocide and civil war that shook the world during 1994 and saw nearly 1 million Tutsi people killed by the majority Hutu population over just 100 days. The impact an event such as this has on the development of a country is absolutely monumental. Nearly 10% of the population was eliminated with thousands more people being displaced or becoming refugees in neighboring countries. Crops were abandoned and infrastructure destroyed leaving this landlocked nation in a desperate state once the genocide was brought to an end in July 1994 by the RPF (Rwandan Patriotic Front). During my visit in August, I took some time to visit the genocide museum in Kigali which is home to a mass grave for around 250,000 people. It serves as a place of peace and reflection for genocide survivors and sees many family members visiting on a daily basis to sit beside their loved ones. The memorial is both peaceful and affecting, I found it to be a very surreal experience making my way along the now developed roads of Kigali amongst people going about their day to day lives thinking about what the city must have been like during those times of turmoil when people were running for their lives.

In the years that followed, the government of Rwanda officially launched the economic liberalization of the coffee industry. Along with support from NGO’s such as USAID and TechnoServe, coffee started to become an opportunity. Rwanda (along with Burundi) is currently the only African country to have hosted a Cup of Excellence competition, which appears to attract specialty buyers from all over the world.

Over the last twenty years, the Rwandan Government has invested in the coffee sector to try and bring about recovery. The logo for coffee by the governing body NAEB (National Agriculture Export Development Board) is below and highlights the view that coffee is offering a second chance and opportunity to the country following the dark days of 1994. 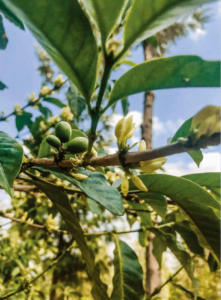 IN LINE WITH GLOBALIZATION

The specialty industry has been particularly identified as an area of focus for the economic and social development since the early 2000s. Much of the sector has been privatized encouraging foreign investment and allowing smallholder farmers the opportunity to sell their cherry to the highest buyer. 75% of the washed coffee produced in Rwanda is now specialty grade and as a result, the country has long been recognized as a quality coffee producer – Rwanda was the first African participant for the Cup of Excellence programme and its diverse flavor profiles have been explored further through an appellation programme working to deduce which areas produce each specific characteristic. It is now widely regarded as one of the most established coffee producers in Africa with coffee exports being responsible for more than US$70 million in revenue for the country.

Quality improvements are ongoing with attempts being made to provide greater traceability through zoning programmes working with washing stations to highlight the farmers contributing to them. With New York “C” market reaching lower and lower prices, direct trade and purchases based on quality are becoming more important than ever. Quantity and yield potential is a barrier to the smallholder farmer in Africa thanks to the impact of climate change along with the lack of land ownership. For a smallholder to access an income from their coffee, it has to be of a superior quality to attract a secondary payment allowing them to cover their costs of production and perhaps generate some profit. The Cup of Excellence programme has returned US$2,767,000 to the economy of Rwanda and has resulted in some fantastic relationships with washing stations that may have otherwise been unknown to the consumer market. This year we are delighted to have purchased a lot from the station that took 1st place in the competition this year, Twumba, and look forward to developing a relationship with these growers over the coming years.

The progress this nation has made in the last twenty years is really quite unbelievable and it is clear to me that the revival of the coffee industry has played a huge role in this. I have truly never felt so safe and secure in any capital than I did whilst in Kigali which is a huge testament to the resilient, optimistic and peace-loving nature of the people there despite all they have been through. To this day, 26% of the population still suffers from PTSD following the events of 1994 which are almost too terrible to acknowledge but we must acknowledge them. The tragedy of the Rwandan genocide should never be forgotten, nor should the response of the Rwandan people who have managed to forgive the perpetrators and focus on rebuilding their nation. 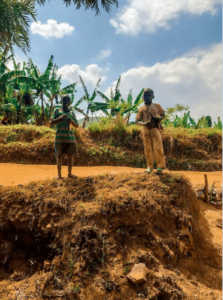 We have been purchasing Rwandan coffee here at North Star ever since our inception in 2013, in those early days there were still a few roasters who were slightly put off working with this origin due to the dreaded potato defect. Thus the question appears what is the potato defect?

Coffee is an agricultural product and as such, is very easily defected through the interference of pests or problems during the wet/dry process. The potato is one such defect which has such a dramatic effect on the taste and aroma of coffee that it has made quite a name for itself in the industry. Interestingly, this defect is most commonly isolated to the producing countries of Rwanda and Burundi due to a certain type of microflora that exists here. This microflora makes its way into a coffee cherry once it has been perforated by an insect known as the “antestia fly” and manifests itself in the cup as a strong starchy smell of raw potato!

The issue with the potato defect is that it is completely random and cannot be picked out or detected once it has been roasted. If you have purchased a specialty grade Rwandan coffee, it is most likely that the only point you will become aware of a potato cup is when you grind the coffee and the room is filled with the aroma of raw potato. Occasionally you can come across insect damaged green beans as you can do with any coffee origin. There are some who suggest it is the insect damaged beans in Rwandan coffee which cause the defect, however, most people accept it is completely random and can strike at any point! During my first experience of the Rwanda Cup of Excellence competition, the winning lot from the Vunga washing station threw up a potato cup following its success in the competition!

Understandably this causes us some problems in the specialty coffee industry as many businesses are put off this fantastic origin due to the threat of the unseen potato! However, at North Star, we feel it is a great example of how coffee is an agricultural product and no matter whether it is specialty or commercial grade, there are some occasions where this has to be taken into account. The coffee is always too good to give up despite the risk of the odd defective cup.

It is, however, of vital importance that businesses understand how to react if a spud does crop up amongst their batch of freshly roasted Rwandan coffee. A fellow Q grader and friend of mine recently visited a shop and detected a fairly strong potato defect in the coffee he had been served. Taking it back, the staff working that day were confused and believed he was accusing them of adding potato to his coffee! This just demonstrates the need to educate baristas about this potential trap so that they are well armed should the situation ever arise. If it does happen to you and you become aware of the smell of potato having ground a shot, the best thing to do is to simply throw it away and grind another. The defect is isolated to a single bean and will usually affect one shot randomly, making the chances of coming across it in freshly ground coffee slim. 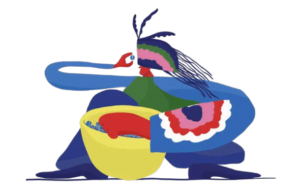 THE FUTURE OF RWANDA COFFEE

This year, African Fine Coffees Conference and Exhibition (AFCC&E) 2019 was held in Rwanda during February 13th ~ 15th. It is worth mentioning that Rwandan coffee started trading on Alibaba, the world’s biggest e-commerce platform.
The farmgate price for coffee cherries dropped to 190 RWF at the beginning of 2019, compared with 267 RWF last year. The new price announced by the National Agricultural Export Development Board (NAEB) has resulted in a lower income to the coffee farmers affected. Although the fully washed coffee of Rwanda is sold at 20 US cents per pound on AFCC&E, higher than that of Brazil or Colombia, the semi-washed coffee is dealt under the normal price on the international market with a differential of 10 US cents per pound. The government has realized that reducing the price on the local market is not only a strategy to make Rwandan coffee competitive on the international market, but also a need to make a limitation to protect smallholders’ interest and life quality. And it’s said the government has increased the number of coffee washing stations to 300 to increase local consumption of coffee while satisfying diversified demands of the international coffee market as well. But the goal is to solve a difficulty in fact. According to the National Agricultural Exports Board, Rwanda’s coffee export revenues rose to more than US$69 million in 2018, and the number of the previous year was around US$64 million. The domestic market in Rwanda is under shock due to a financial crisis on the international market. And the coffee supply on the international market outstrips demand.