Get more experience with Daily Subscription 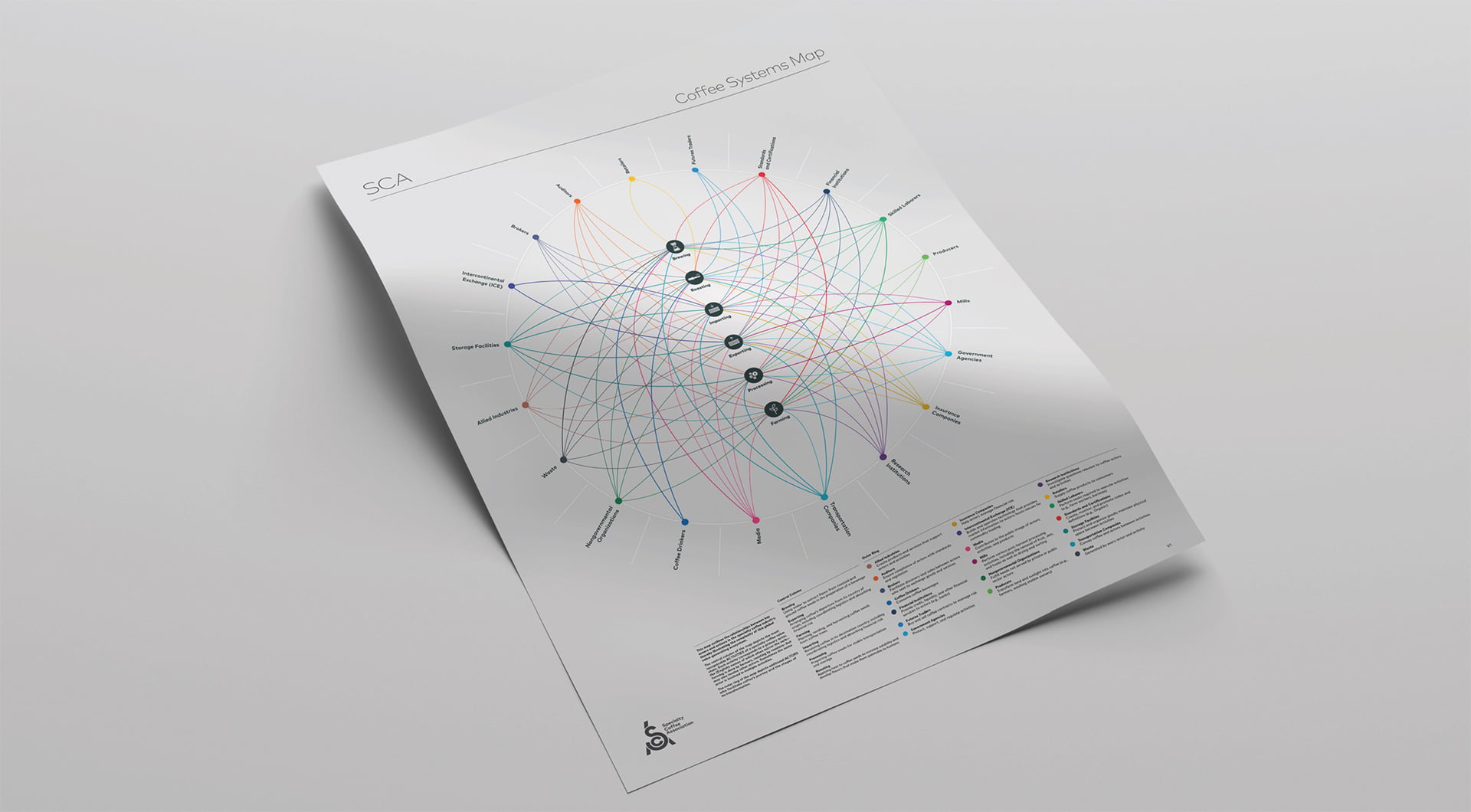 Humans drink two billion cups of coffee per day and while each cup has a unique story, these stories have important elements in common that help explain how coffee value chains work.

In order to advance a narrative that is inclusive of the coffee value chain’s many contributors, the SCA has created an expansive, dynamic systems map.

The SCA systems map arose from the systems change thinking and methodologies that guided the work of the SCA’s Price Crisis Response Initiative. A systems approach shifts the focus from the individual parts of a system to how the parts are organized, recognizing that the interactions of the parts are not static, but dynamic and fluid. This approach also acknowledges that change is non-linear and happens at multiple levels over multiple time scales.

Purchase the digital version of the map in the SCA store here.

This map outlines the relationships between key actors and actions in the specialty coffee industry, thereby illustrating the complexity of this global value-generating ecosystem, while recognizing previously invisible actors and telling multiple stories.

The central column of the map depicts the most recognizable activities of a specialty coffee value chain. Each activity corresponds to a primary actor, the (English) names of which often mirror the verb—farming is done by farmers, roasting by roasters—but may also involve other actors. Sometimes the same actor is involved in multiple activities.

The outer ring of the map depicts additional actors who facilitate coffee’s journey and the stages of its transformation.

Learn more about the Price Crisis Summary of Work, which outlines more of the thinking behind the map, here.