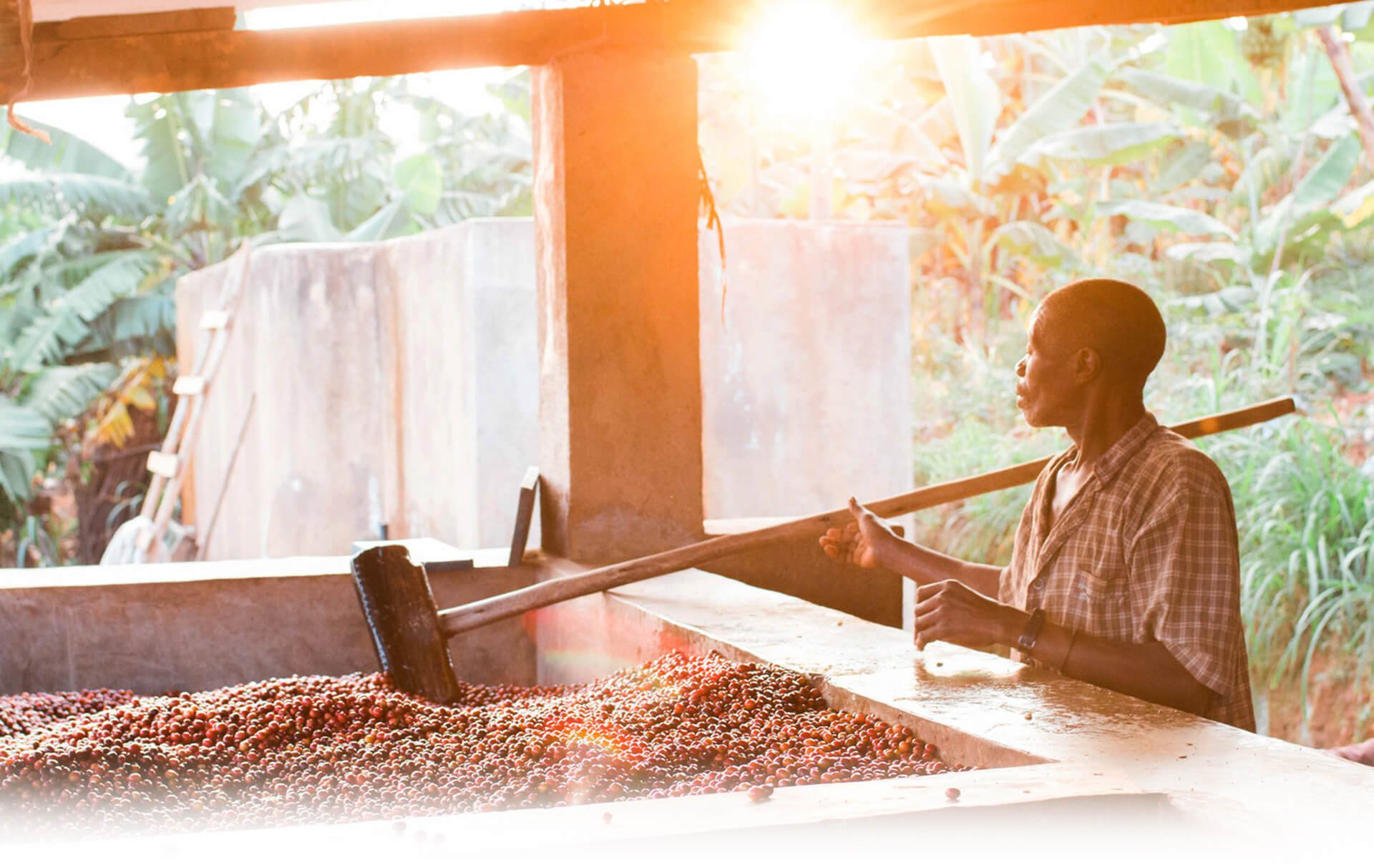 Farmers are typically smallholders with around 1 hectare of farmland. Farmers deliver cherry to washing stations/exporters who process and dry the coffee, dry mill and export green coffee.

Coffee arrived in Burundi via Belgian colonizers in the 1930s and has been the country’s primary export ever since. Burundian coffee has traditionally fetched low prices, in large part due to the country’s continuous cycles of political unrest and civil war.

During the 1980s due to large-scale funding by the World Bank, the country dramatically increased its capacity to produce quality coffee, with the construction of approximately 150 washing stations. This potential for producing quality coffee was not realized until 2007, when USAID carried out a five-year project aimed at introducing Burundian coffee stakeholders to new coffee markets, along with sending agronomy consultants around the country to educate farmers on modern best practices.

Burundi is a country with a turbulent history. The country has endured almost constant instability since its independence in 1962. There have been two civil wars, a number of coups and genocides that have led the country to be largely underdeveloped and one of the poorest in the world. The country is predominantly rural, with just 13% of the population living in urban areas, this makes agriculture an important means of income for most of the population. Some 90% of the existing agriculture is subsistence farming, as an indication of the kind of farming you will experience in Burundi.

In 2008 the Government exited the coffee industry in favour of establishing two regulatory organizations, The Regulatory Authority of the Coffee Sector (ARFIC) and Intercafe Burundi. The idea behind this was that the private sector’s involvement would generate a more competitive and sustainable industry. With ARFIC as the regulatory and supervisory body and Intercafe Burundi as responsible for operational activities of the industry. Coffee production in Burundi is predominantly managed by Cooperative societies or privately owned washing stations. The majority of the production is washed Bourbon variety’s, with some small amounts of Naturals being processed. Coffee in Burundi is generally grown between 1,250 to 2,000 masl.

Typically in Burundi farmers are growing coffee along with other food produce that they consume within their homes and sell on a small scale in the local market. Farmers here are primarily subsistence farmers, and coffee is a crop that gives a relatively secure access to cash. Farmers will describe the size of their farm or production usually by number of trees, commonly farmers would have between 250 to 300 trees. Maintaining and growing coffee trees is work done by the family.

Coffee production in Burundi has suffered much from the many conflicts that have taken place within the country. These conflicts have often forced people to abandon their homes, and their crops.

Burundi is growing almost entirely Bourbon cultivars, and most of the production is Arabica with some small amounts of Robusta also being grown.

The season in Burundi typically runs from late March to August, exporters are mostly finding coffees from the April to July pickings. The cherry is picked in passes, where farmers have a good awareness they can be picking only ripe cherry but in many cases what is picked is then sorted after picking. The scale of the farms is very small, and the cherry picking will be done by the household. Like many of its neighbors in Africa, Burundi produces microlots almost by default: Each farmer owns an average of less than even a single hectare, and delivers cherries to centralized depulping and washing stations. Coffees are typically sold under the appellation of the washing station.

The coffees are generally hand sorted from over-and under ripe cherries after they have been harvested. Salum is using a flotation system to remove bad and deceased cherries. After this they will be de-pulped, dry fermented, washed in channels and dried on raised beds. The drying can take a while as temperatures can be low as well as they often have small rains during the harvesting season.

The climate through most of the season in Burundi is relatively cool, which assists in controlling the fermentation process. After cherries have been pulped by a traditional 3 disc pulper, removing the skin, pulp and grading the coffees into three grades A, B and C. The coffee is dry fermented for up to 16 hours, depending on the temperature of the climate at the time. The parchment is then washed and graded again in channels, here there are two grades based on density of the bean, then soaked under clean water in tanks for 12- 20 hours. The parchment is initially taken to pre-drying tables, which are under shade, and where while the parchment is still wet, a lot of hand sorting is done as it is much easier to see defects at this point.

Even if we have some coffees that are dried under shade, most of our coffees are sun dried on raised beds around 20 days. The climate is relatively cool and stable in Burundi at higher altitudes, but there are often periods during the harvesting season where there is small rains. This normally increases drying times as they will normally cover them up while it’s raining. Generally they manage the drying by building up the layers of parchment according to the heat and humidity. All our suppliers are constantly moving the coffee throughout the day to get even drying. While moving the parchment they normally also continue to sort out bad and deceased coffee beans.