The historical period of coffee roasting

The process of coffee roasting evolved from cooking utensils in everyday life. Terracotta pan or stone mortar, can you think that coffee was made from these items?

Perhaps we will never know exactly when the first coffee roasters appeared. In a time when coffee was not considered a popular drink, an earthenware pan or stone mortar was the most reasonable choice for coffee roasting. 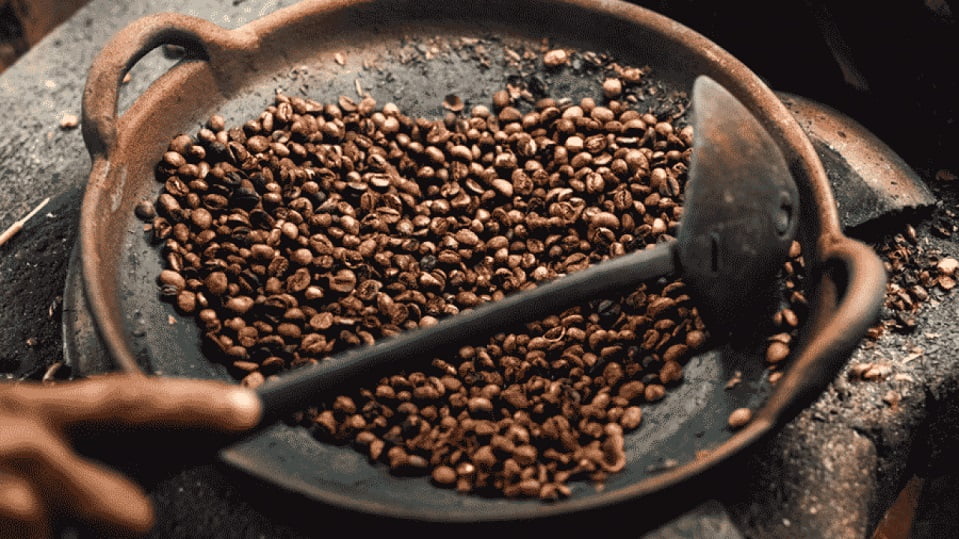 The first story of roasting coffee

Beginning in Ethiopia, in 800 AD, coffee was considered a food. The whole ripe fruit, core and skin, is pureed and molded into round cakes. Then, the dried fruit was treated in the same way. Therefore, the original stone mortar and stone pestle can be considered the most original coffee grinding tools ever. Whole dried coffee cherries are first roasted over a stove flame in earthenware or stoneware – these are the original roasters. It was not until the 1400s to 1500s that the first known specialized coffee roasters appeared in Persia. This roaster resembles a large perforated spoon with a long handle and is designed to roast over a fire pit or brazier with small amounts of coffee.

From the 1500s to the 1600s, shallow pans with handles and long legs that could stand by the fire were used to roast coffee. These coffee roasters have handled nearly a meter long, and a 20cm diameter pot. They come with a long metal spoon for raking the seeds. 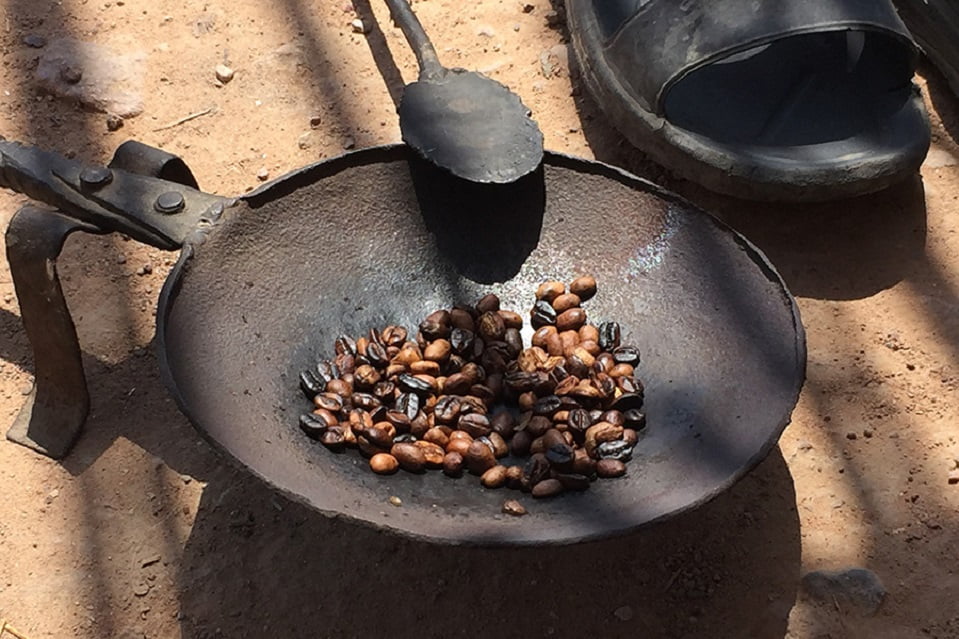 Coffee roasters in Arabia in the 16th century

The concave design of early roasters also points to a general perception of the importance of mixing during roasting. Because this recess allows the seeds to move more easily and ripen more evenly. This led to other improvements throughout the 16th century, most notably the roasting pan from Cairo, Egypt. It is made of bronze or cast iron, French, Dutch and Italian variations. Gradually, they became very popular over the next century in Europe, Great Britain, and the American colonies.

The Cylinder Coffee Roaster was the first big breakthrough. They appeared in the mid-17th century and probably came from Turkey. Crafted from tin or copper plates, these cylindrical containers are designed with lids and long cranks, to keep the beans moving freely inside. But at this time, they believe that doing so helps the coffee to keep its full aroma. The cylindrical roaster is a huge improvement over the open pan roasting method, which relies on the constant movement of the beans and avoiding direct contact with the fire. 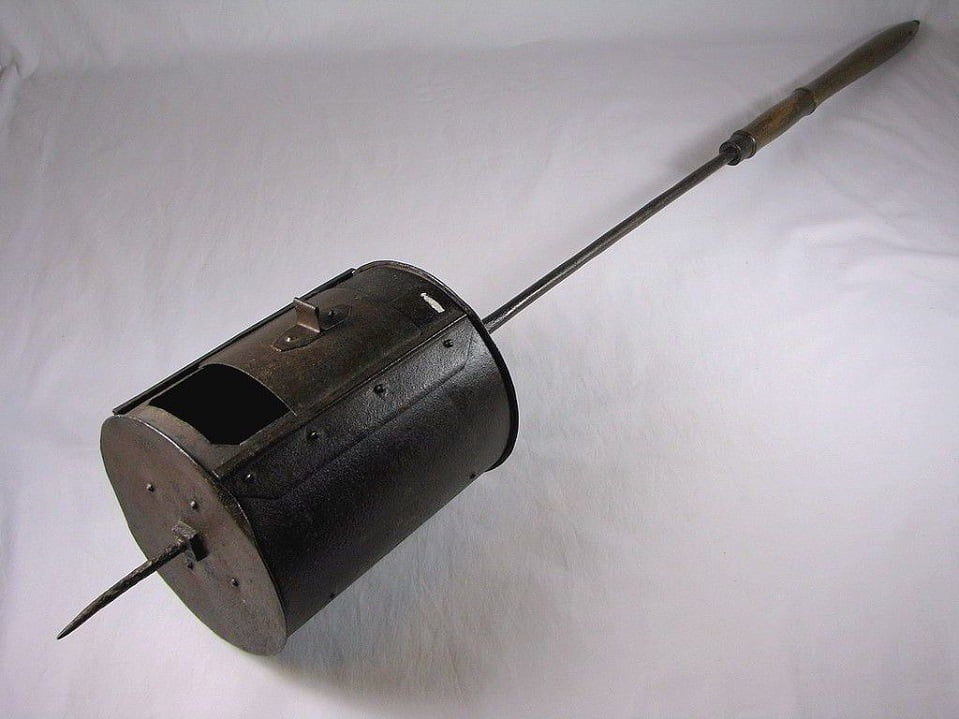 Coffee roasters in Europe around the 17th century

Appearing in London, England circa 1660, Elford’s white iron roaster (tin plate) with a side sliding door – is considered a leap forward in craftsmanship. Before the advent of Elford roasters, it was common practice among Europeans to use old pudding pans and frying pans to roast coffee over charcoal rather than open flames. These cylindrical roasting cages were modified and developed by the French and Dutch to be a complete replacement for hot pan roasting.

Between 1700 and 1800, some countries also developed a small stove that used coke or charcoal, made of iron and fitted with horizontal cylindrical rotating drums for roasting coffee. Some variations have a top shield and bottom support legs that allow it to stand over an open fire fireplace. Because of its larger capacity, it can be used in hotels and coffee shops to roast large batches. 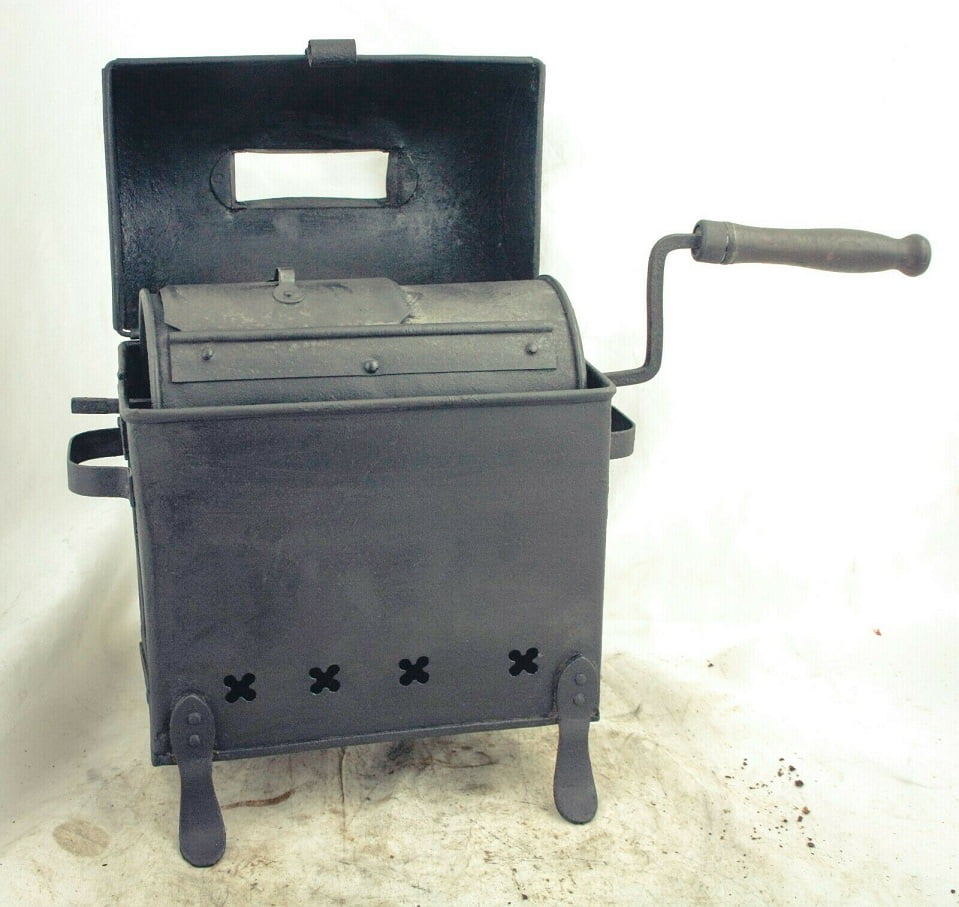 A variation of the Dutch drum roaster

Until the 19th century, coffee roasting was not commercially available. Since leaving the Arabian peninsula, green coffee has only been consumed in cafes or prepared in the kitchens of European families. It was only after the industrial revolution in Europe that the demand for the stimulating properties of coffee increased dramatically. When consumers demanded that coffee sold as pre-roasted be “better” than the kind they could make themselves, roasters were born.

With a variety of professional roasting methods, 43 Factory Coffee Roaster is a high-quality roaster with the desire to enhance the intrinsic value and complexity inherent in coffee flavor. Thereby showing the quintessence that farmers and producers contribute in each small grain perfectly