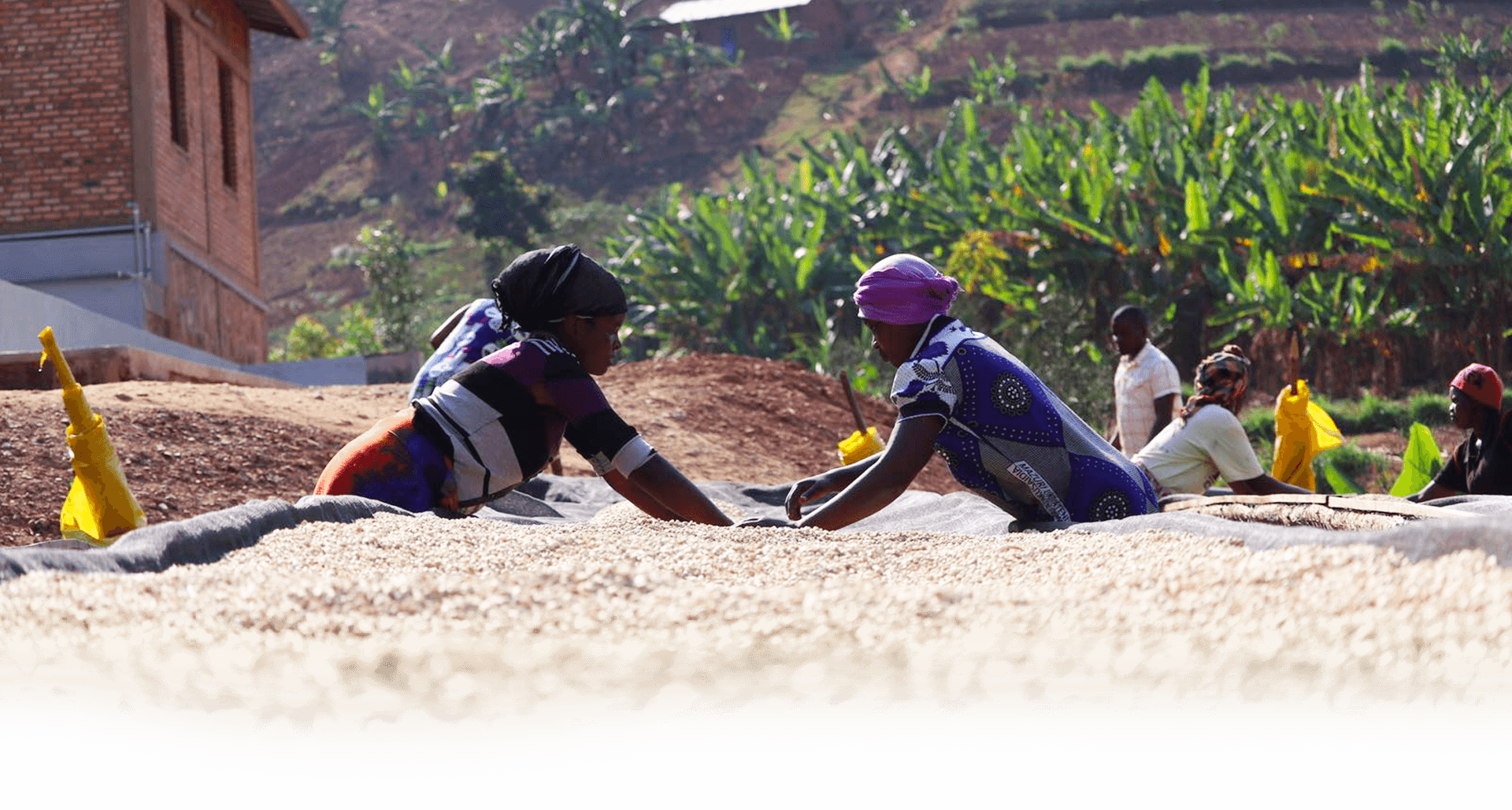 The Northern Province in Rwanda is one of five that were created in 2006  as part of a government decentralization program designed to restructure administration locally.

Containing an abundancy of interlocking undulate slopes and mountains, coffee here is frequently grown heavily intercropped on small farms and gardens hewn from the hillsides.

Weather has proven changeable and inconsistent over recent years. Coupled with high to extremely high altitudes, this has led to a widening of the cropping period from late March or April (starting on the lower altitudes) right through to December for the highest plots.

Satellite technology is used to monitor leaf glare from the trees -any changes can be a sign of disease or infestation and early detection pays dividends when it comes to clean cups and good green.

In 2012, 38 of the 252 hectares were planted with Bourbon Mayaguez 139 seedlings, 2,000-2,500 in each hectare. This totalled nearly half a million new trees, and access to nurseries and supply of new trees continues. The cultivar itself most likely originated from the island of Reunion (where the original Bourbon mutation was first noted and named), together with Jackson that is also widely found in Rwanda, another Bourbon mutation. The third commonly found cultivar, Bourbon Mayaguez 71, could have come from Ethiopia, introduced via the Congo. Though there are now some new varietals being introduced to the country through such programs as World Coffee Research, the country still has Bourbon as the main cultivar.

Coffee is picked and brought to the Kinini washing station where it is separated from the other lots to be processed. The cherry must be delivered by 4pm on the day of picking and infrastructure has been built in order to make this easier. As the washing station grows, raised beds have expanded allowing the cherry to be spread out and dried for 48 days at  a depth of two inches, turning regularly to avoid over fermentation and allow even drying throughout the crop. Each raised bed comes with its own marker to ensure microlot traceability and yellow tarpaulin for quick covering in case of rain.

R & B Import Export Ltd was formed in March 2012 by the two directors Malcolm Clear and Jaqueline Turner, who set up and continue to run an NGO which has an Infant and Primary School as well as a Health Post called A New Beginning Rwanda. A portion of the proceeds of all coffee sold by them goes to help fund these projects for the long term.

They work closely with the local population to not only produce premium quality coffee, but also to improve the local environment with a strong emphasis on building quality schools and local healthcare outposts which have traditionally been lacking. The majority of the farmers are widows from the Rwandan genocide and Jacquie, one of the founders of Kinini, is a key member of the International Women’s Coffee Association (IWCA).

They entered a partnership with more than 633 local farmers and the local government in Rulindo district. This partnership covers 252 hectares of coffee growing land in the Rusiga and Mbogo sectors processed at their washing station, Kinini. Having spent time and money improving the local infrastructure as well as an initial near half a million coffee seedling investment, Kinini were recipients of a contribution from Full Circle event, to allow them to build a cupping lab attached to the drying beds and wet mill. Working with Satellite technology, they are able to measure leaf glare from the trees to spot any infestations or disease that is affecting an area, and treat it quickly before it becomes a larger problem in the fields. They continue to encourage cooperative work amongst the many farmers and provide agronomic assistance and advice where needed.

The terroir is ideal for producing coffee, with lots gaining Cup of Excellence status as the years have progressed, as well as a growing recognition with roasters and baristas around the world. 2019 saw them venturing in to naturals as they continue to focus on quality and build their global reputation. 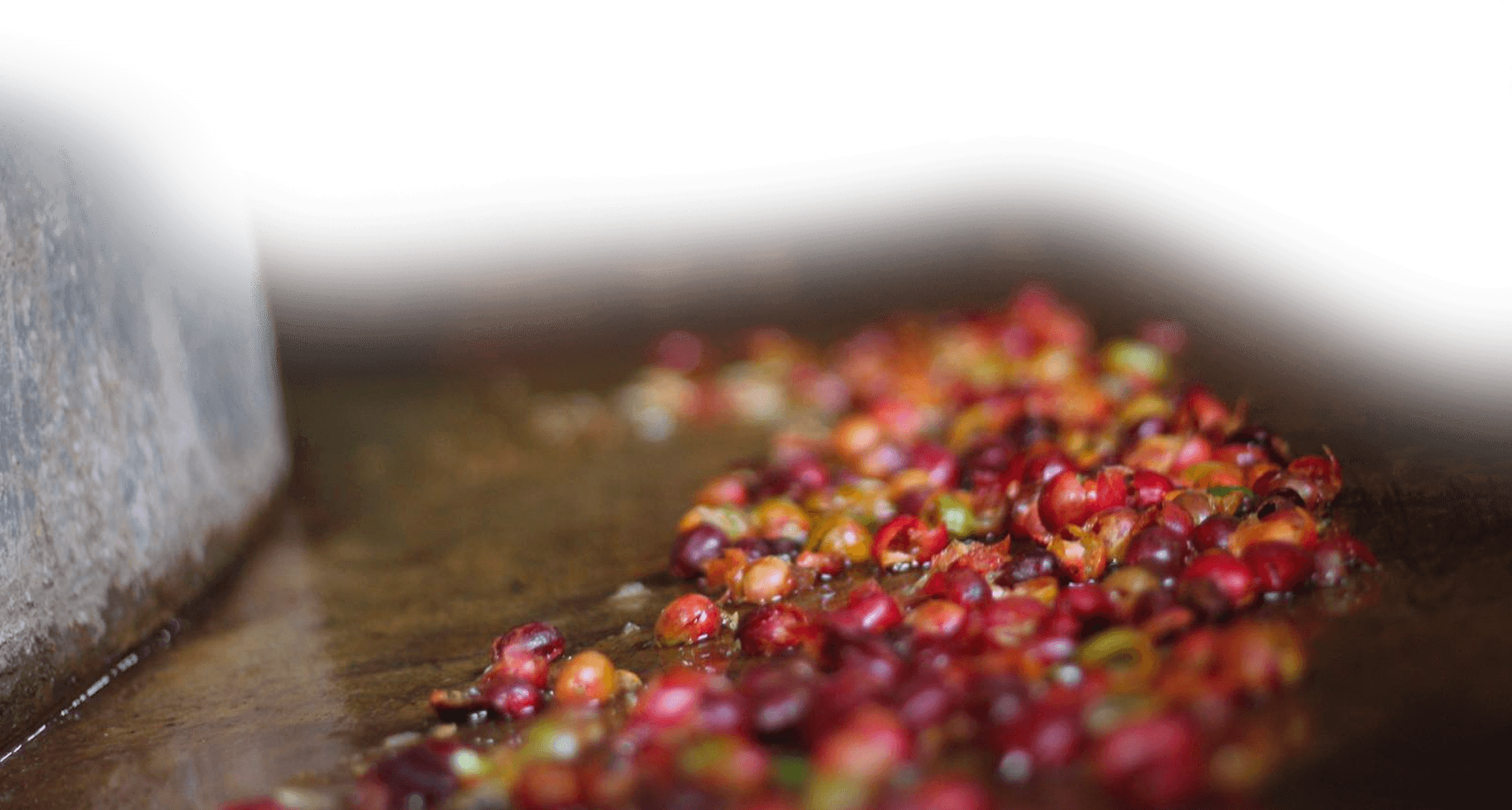